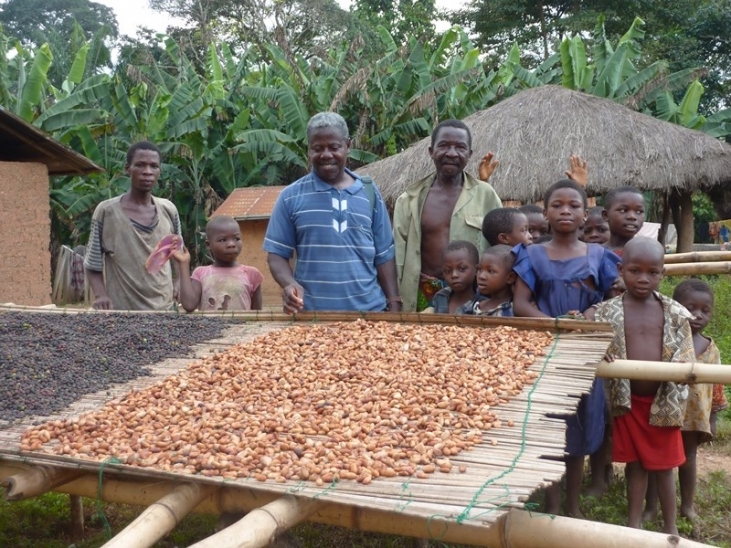 In Ghana, agriculture has long occupied an important place in the national economy. In 2014, the primary sector alone accounted for 45% of the country’s employment and the share of agriculture in GDP was estimated at 22%. Nearly half the population of Ghana (totalling more than 27 million in 2014) lives in rural areas. 28% of the population lives below the poverty line, of which over 70% are in rural areas.

Agricultural activity is carried out by small family farms: 90% of the farms have an area of ​​less than 2 hectares. Food crops consist mainly of tubers (cassava, yam, taro) and cereals (maize, rice, sorghum). Livestock (especially ruminants) is also a major component of agriculture and contributes to meet the food needs, providing as well additional traction and manure to maintain soil fertility and cash income, especially for producers in the north of the country. However, Ghana is not completely autonomous in terms of food, since basic food products (rice, fish, chicken) have large trade deficits. Therefore, in order to meet their needs, farmers, in addition to food crops, exploit “cash crops” such as cocoa, palm oil and rubber. The main difficulty for smallholders and their cooperatives is to have access to remunerative markets offering prices enabling them to cover their production costs.

Ghana is the second largest cocoa producer in the world after Ivory Coast, with an average production of more than one million tons in the last five years.

Ghana is also one of the countries where VWB/VSF Canada sends volunteers through their “Volunteers for Healthy Animals and Healthy Communities” project, to reinforce the capacities of local partner organizations.